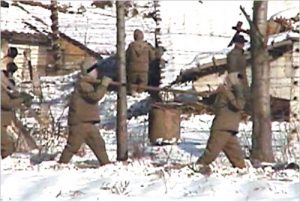 In the past three decades, some 400,000 North Koreans are believed to have perished in their country’s gulags. Yet relatively little is known about the camps, which are sealed off from international scrutiny. An account from five former prisoners and guards who managed to defect to South Korea describes a world of routine horror: beatings, crippling torture, hunger, slave-style labor, executions. Fetuses are said to be aborted by salt water injected into women’s wombs; if that fails, babies are strangled upon delivery. Guards practice tae kwon do on prisoners, who obediently line up to take their punches and kicks. Salt is actually rubbed into prisoners’ wounds. Continue reading 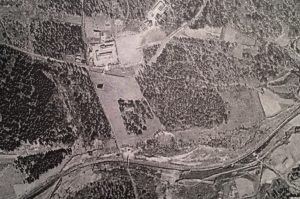 U.S. spy satellites shot high-resolution pictures from space of a gulag in mountainous northeastern North Korea. When the perimeter was located, it revealed a camp larger in size than the District of Columbia, with clusters of buildings that look like villages. Those who endured the camps describe a level of savagery that satellite photographs can never convey. Political prisons are divided into two categories: “complete control zones,” with life imprisonment, and “revolutionizing process zones,” from where some inmates, principally family members, might eventually return to society. Other camps, dubbed “re-education” places, lump together common criminals and political prisoners. Commenting, a U.S. official says, “There’s a general lack of understanding of how depraved the human-rights situation in North Korea is,” predicting that “the horrors that will come out” will rival those of Cambodia in the 1970s. Continue reading 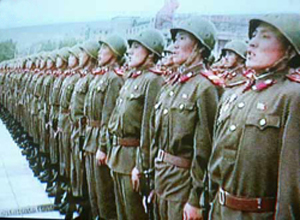 Lee  was once a trusted agent for Kim Jong Il, who began listening to South Korean radio –a grave offense– and in 1994 decided to defect. Lee made his way into China but was tricked by North Korean agents, who smuggled him back over the border. He was sent to the No. 15 prison camp at Yodok. His fellow prisoners included ex-military officers, and professors. Beatings were routine: Lee rolls up his pants to show the grayish-brown scars on his right leg, reminders of blows from long wooden sticks. He lost most of the sight in his right eye, his teeth were broken, and blood still oozes out of his left ear at times. Of the 1,000 people in his prison unit, he says, about 200 died every year. Continue reading