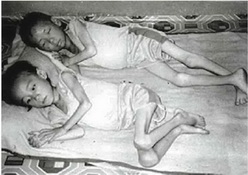 The famine in North Korea is not a natural disaster, but a man-made one. The North Korean dictatorship uses food as a weapon against his own people, keeping them weak and dependent on the state. From 1994 to 1998 (the most recent reliable data the outside world has), at least two million North Koreans perished from starvation and related diseases. Nearly 50% of all North Korean children are malnourished to the point that it threatens their physical and mental health. Continue reading 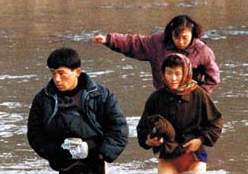 After defecting to China, most North Korean refugees live in utterly primitive circumstances. They have little food, no medicine, and lack proper shelter. Many live in the woods, sleep in makeshift huts, and cook in holes in the ground. Those in urban areas are sold like slaves to Chinese businessman, and the young women are often forced into prostitution. Continue reading