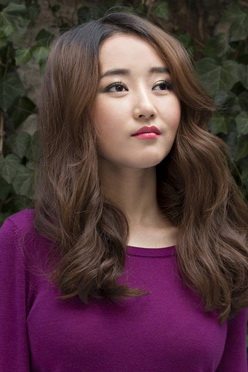 Dr. Norbert Vollertsen, a physician from what was East Germany, had the unique experience of working in hospitals in North Korea from July 1999 through December 2000. Following is part two of a Wall Street Journal article by Dr. Vollertsen:

My fellow North Korean activists and I have appealed to Beijing numerous times, asking them to change their policy toward the refugees; but to this day we have yet to receive a response. In late 2001, we agreed that helping North Korean defectors enter a foreign embassy in Beijing would be an effective way to bring the issue to international attention. Encouraged by other international and South Korean aid workers, who were consulted in the weeks that followed, we arranged a plan of action and made several trips to China to go over the logistics.

Kim Hee Tae, a South Korean humanitarian aid worker operating in China, joined us on condition that the operation be carried out on humanitarian grounds. We agreed, and thus 25 North Korean defectors were interviewed and selected from a great many defectors, all anxious to leave China at any risk. On March 15, 2002, we launched our first operation, sending all 25 defectors into the Spanish Embassy in Beijing. Several similar operations followed.

Our plan was to conduct as many operations as possible, to keep the issue in the news, and ratchet up international pressure on Beijing. Then, a plan to send a group of refugees into the Peruvian Embassy last September was aborted when the Chinese authorities arrested the chosen refugees and the activist Kim Hee Tae in late August. Things then went from bad to worse. In early November, Mr. Kato was detained by the Chinese police, very severely interrogated, even tortured, and finally released because of increasing international pressure, mainly from the Japanese media. Because the police confiscated his notebook, our whole network suffered a huge setback.

Another strategy of ours was to create a flood of North Korean “boat people.” We made extensive plans for vessels to carry refugees across the Yellow sea from China to South Korea. Once again many activists and even a freelance photographer for the New York Times got arrested. Beijing treats the North Korean refugees—and increasingly those who help them as well—like criminals. China continues to prop up Kim Jong II’s evil regime even as thousands sneak over the border to escape it.Even worse, the South Korean government has largely turned a blind eye to the plight of their “brothers” to the north, and in many cases has actually hindered their escape. Our plans to cross the Yellow Sea were foiled in part by South Korean authorities who used surveillance, interception and minders to disrupt our plans. Read this again, for I wish to stress the shame of it: South Korean authorities worked actively to foil our attempts to bring North Korean refugees to freedom. But under South Korean law, North Korean refugees cannot be turned away. It is time for Seoul to live up to this promise.

And it’s not just the officials. South Korean students spend their time and energy denouncing the presence of U.S. troops, instead of denouncing the evils of Kim Jong II. What many foreigners fail to understand is that the student movement in Seoul is heavily influenced by North Korean propaganda, and quite possibly given logistical and financial support through spies from the North.

This is similar to the espionage and propaganda that was so pervasive in Europe during the cold War. As a German who witnessed the fall of the Berlin Wall, I understand the destabilizing impact an exodus of refugees can have on totalitarian regimes. Despite arrests and beatings, my friends and I will continue our efforts to create a stead flow of refugees through Western embassies in China, by boat across the Yellow Sea, and at the North Korean-Russian border.

As a German, I also know about Neville Chamberlain’s appeasement policy towards Nazi Germany, how badly it failed, and how disastrous were its consequences. The only way to truly help the North Korean people and to end Pyongyang’s nuclear blackmail is to hasten the collapse of Kim Jong II’s murderous regime. As President Bush said of Iraq in his State of the Union address, so too should it be said of North Korea: the real enemy of the North Korean people is not surrounding them but ruling them.