Rare new photographs of Kim Jong-un as a young boy have emerged during a concert for the North Korean air force. 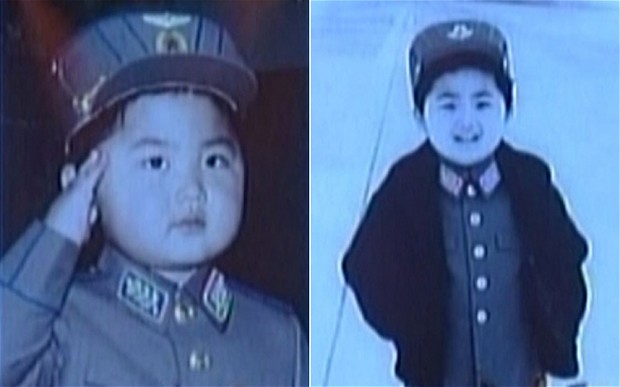 Pictures showing the 31-year-old North Korean leader as a chubby toddler, saluting while in uniform, were shown on KCTV, the country’s state broadcaster. 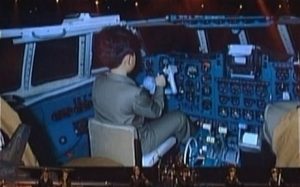 Other photographs showed him as a teenager, at the controls of an airplane.

Until now, only a handful of pictures of Kim as a young boy have been seen. 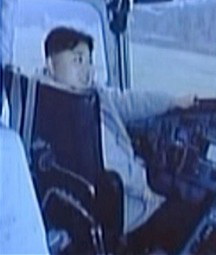 Only one photograph is known to exist from his days as a student, which shows him on what appears to be a school trip with fellow pupils at the International School of Berne, in Switzerland.

Meanwhile, South Korea warned that the North could be planning a fourth nuclear test to ramp up tensions during President Obama’s upcoming visit to Seoul. A spokesman for the Defense ministry said North Korea is now able to conduct a nuclear test “at any moment”.

However, a respected US think tank says chances of North Korea testing a nuclear warhead during President Barack Obama’s visit are slim. Satellite imagery analyzed by 38North, which is part of Johns Hopkins University in Baltimore, said that while there had been a pickup in activity, there were few signs of an imminent test.