Posted on September 29, 2015 by Grant Montgomery

Over the weekend, U.S. astronaut Scott Kelly, on a year-long mission to the International Space Station, tweeted a couple of images that graphically displays the depth of economic deprivation in North Korea. 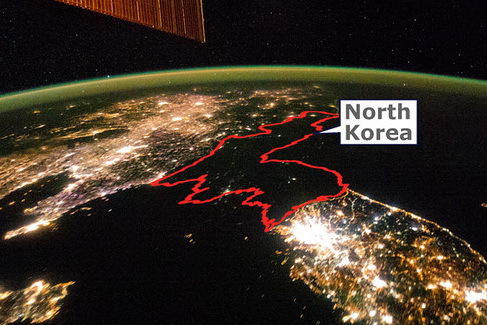 The good news is that North Korea is a great conserver of electricity. The bad news is that the country’s electrical consumption has dropped so much that many people don’t have it!

This entry was posted in DPRK Government, Humanitarian Aid and Relief by Grant Montgomery.