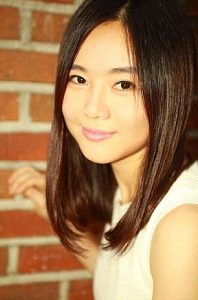 Hyeonseo Lee left North Korea at the age of 17 and began to discover the propaganda the government had fed her since birth.

In a memoir published in London on Thursday, Lee gives a rare insight into the bizarre and brutal reality of daily life in the world’s most secretive state. “Leaving North Korea is not like leaving any other country. It is more like leaving another universe,” she writes in The Girl With Seven Names.

Lee, now a human rights campaigner living in South Korea, grew up in Hyesan next to the Chinese border. Her family was well regarded and her father’s job in the military meant they were not short of food. As Lee entered her teens, however, her world was turned upside down when her father was arrested by the secret police. He was later released into a hospital. He had been badly beaten and died soon afterwards. The circumstances remain unclear.

One winter night in 1997 she slipped out of the house and crossed the narrow stretch of frozen river to China. But China was not safe either. Lee lived in fear of being unmasked and deported back to North Korea, where she would have been imprisoned or even killed.

To survive she changed her name numerous times – hence the book’s title. She had many close shaves: she narrowly escaped an arranged marriage, almost became enslaved in a brothel, was kidnapped by a gang of criminals and caught and interrogated by police.

After years on the run she reached South Korea where North Koreans are given asylum. But she missed her family desperately. In a daring mission she returned to the North Korean border to rescue her mother and brother and guide them 2,000 miles through China into Laos and from there to South Korea – a journey beset by disaster from start to finish.

One reference to “North Korean defector: Leaving North Korea is like leaving another universe”