Posted on September 14, 2016 by Grant Montgomery 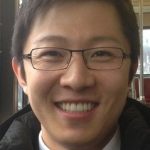 Sungju Lee is a graduate student in London today. During his childhood, his father was in North Korea’s military and they lived in Pyongyang …where Lee enjoyed a rather lush life: excellent Taekwondo classes, good schools, and plenty of food on the table.

One day, “my father came to the house and then just told me that we’re going to the northern part of North Korea for vacation,” Lee said. He realized something was amiss because they had to change trains at one point. “The condition of the second train was really bad,” he told VOA’s Asia Weekly podcast. “It was smelly. He said, “There weren’t even any proper chairs on the train. It was packed with people.”

Life in Gyeong-seong was rough and his family struggled. After a year, his father left, making his way to China, later followed by his mother. Without any way to provide for himself, he found himself on the streets, forming a gang with other kids in order to pickpocket, steal food, or earn money by taking men to see “night flowers,” a euphemism for prostitutes. Lee knew stealing wasn’t right, but remembered, “The first time stealing was really, really difficult. The second time got easier. The third time was much easier. And then after fourth time, fifth time …it became my job.”

He was on the streets for four years, moving from town to town, because staying too long in one place would mean merchants would recognize them and stop them from looting. He returned to Gyeong-seong in February 2001 and went to the train station, looking for a mark to steal from when an elderly man approached him. The man said he knew Lee and wanted to take him home. Unbeknownst to him, Lee was plotting to rob him of everything of value he had.

“[When] I entered his house, … my eyes went to the wall. There was my mother’s wedding picture. [The man] was my real grandfather.”

In October 2002, a man came to his grandfather’s house, sent by his father. The man helped Lee defect to South Korea and ultimately reunite with his father.

Sungju Lee’s complete story can be read in the new book Every Falling Star.