North Korea’s first lady has appeared in public for the first time this year as part of celebrations marking the birthday of the country’s founding leader Kim Il-Sung. Ri has been out of the spotlight since December for unknown reasons. 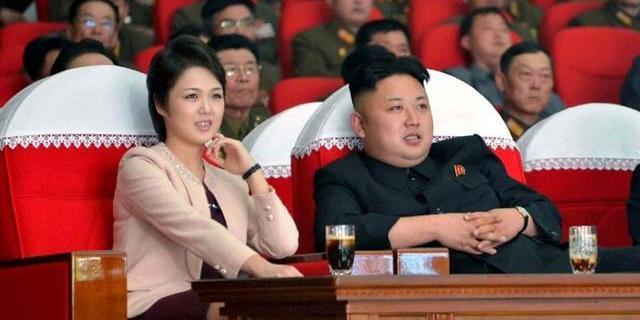 A grinning Ri Sol-Ju, wearing what appeared to be a wedding ring on her left hand, was pictured clapping next to her smiling husband Kim Jong-Un during a men’s football match at Kim Il Sung Stadium on Monday, the North’s Korean Central News Agency (KCNA) said.

The images of the couple at a podium flanked by top party officials were published in state media.

The match was being held as part of a lavish series of events celebrating the 103rd birthday of Kim Il-Sung, the young leader’s grandfather, which fell on Wednesday. North Korea designated the “Day of the Sun” as a rare two-day national holiday, with art performances, exhibitions and sporting events, and pilgrimages to the late leader’s birthplace in Pyongyang.