Posted on December 6, 2012 by Grant Montgomery

In this image from Sept. 24, 2012 provided by NASA, the Korean Peninsula is seen at night from a composite assembled from data acquired by the Suomi NPP satellite. 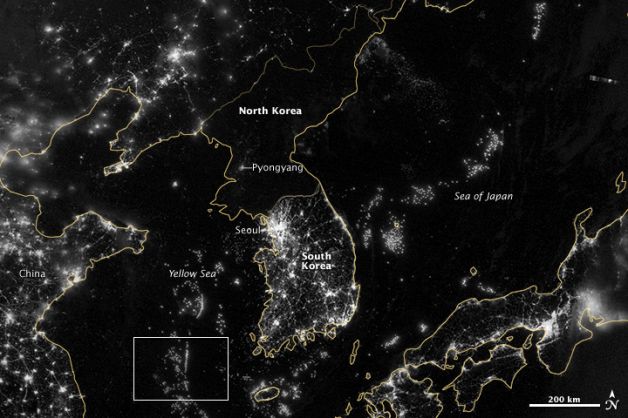 City lights at night are a fairly reliable indicator of where people live. But this isn’t always the case, and the Korean Peninsula shows why.

The wide-area image shows the Korean Peninsula, parts of China and Japan, the Yellow Sea, and the Sea of Japan.

This entry was posted in DPRK Government, Uncategorized by Grant Montgomery.