The plight of North Korean women 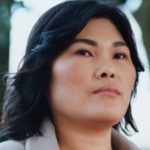 In North Korea, women have no rights. There is no right to freedom, liberty, or the pursuit of happiness. Because of state-induced starvation and poverty, families have been ripped apart and relationships between mothers and children have been severed. A pervasive patriarchal culture governs North Korean society. Women not only fear abuse from the state, they fear abuse from patriarchal impunity.

Any discussions, however infrequent, on human rights inside North Korea are made for and by men. This situation is made worse because many women are ignorant of their universal human rights and cannot imagine recourse to justice or equality. For example, if a North Korean woman sought to escape North Korea, her only path is through the world of human trafficking and sexual exploitation in China. For many of us, human rights violations became a fact of day-to-day life.

My own experience of being trafficked from North Korea into China, being sold into marriage with a Chinese man for 5,000 yuan (approx. US $800), and being subjected to constant domestic servitude is something that will haunt me for the rest of my life. I gave birth to a son in China, but soon after I was repatriated to North Korea and my son was left in China. If my son had been born in North Korea to a Chinese father, he would have been killed for his mother’s betrayal of her Fatherland.