Why Australia is special to this North Korean activist 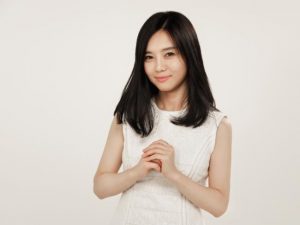 This weekend North Korean activist Hyeonseo Lee will speak at the Opera House in Sydney, Australia, two years after visiting the iconic venue as a tourist. “I never thought I would give a speech there,” she said.

She’s also keen to point out that Australia holds a particular place in her heart.

An Australian named Dick Stolp literally changed her family’s life when he withdrew US$981 from an ATM and paid for them to be released from a Laos jail, a short distance from the South Korean embassy. Lee had already spent everything she had to get her family across the border and had lost all hope of freeing them when Stolp spotted her and asked her what was wrong. He unhesitatingly paid the fines.

“His behavior changed me a lot. I didn’t believe angels existed in this world,” she said.

“Australia is a very special country, it’s the country where my hero is from. He paid all the penalties to get them out of jail, that’s why my family has freedom, I feel very happy to be here again.

Now 35 years old, Lee continues to be optimistic about her future and about the future of North Korea. “History proves that dictators can’t last forever,” she said.