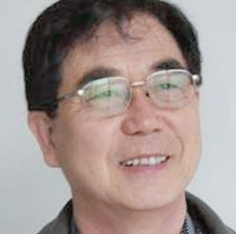 On July 28, China will begin the trial of a Korean-American missionary, Peter Hahn, arrested last year over a non-profit school he ran near the sensitive border with North Korea, his lawyer said. Supporters of Hahn said he was being targeted because of his Christian faith and because of the small vocational school he ran.

Authorities have dropped three of the four charges against Hahn, 74, probably for lack of evidence, his lawyer, Zhang Peihong, told Reuters, leaving only the least serious charge of counterfeiting receipts. “I wouldn’t call my attitude optimistic,” Zhang said by telephone. “After all Peter has only done good works, so he shouldn’t face any punishment. I do hope the court will act impartially.”

Hahn could receive a maximum of two years in prison, Zhang said, but he expected authorities would simply deport him back to the United States instead.

Hahn, who was formally arrested in December after months under house arrest, will be tried in Yanbian prefecture, near the North Korean border in northeast China, Zhang added. Hahn has diabetes and has suffered strokes, his wife has said.

A sprawling crackdown by the Chinese Government forced hundreds of Christian missionaries out of China, most by having their visas refused, sources told Reuters last August.

Last year, a Canadian Christian couple who worked with North Korean refugees and ran a coffee shop in Dandong on the Chinese border were accused of espionage by the Chinese government.