Posted on November 21, 2014 by Grant Montgomery

A Korean-American living on the border of China and North Korea has been detained by Chinese authorities, US officials have confirmed. 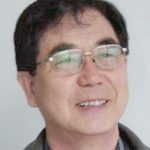 Peter Hahn, a 73-year-old naturalized American citizen who left North Korea as a child, was taken in for questioning by local police on Tuesday and placed under detention after a six-hour interrogation, his lawyer told reporters earlier.

According to Hahn’s lawyer, Shanghai-based Zhang Peihong, the aid worker is accused of embezzlement and possession of fraudulent receipts. Zhang described the allegations as “groundless” and “impossible to stand up.”

Hahn has run a Christian aid agency in Tumen, Jilin province for the past two decades, which provides education and supplies to the poor in North Korea. Two other staff members, including a South Korean national, were detained earlier this month.

Hahn’s detention comes three months after Chinese authorities detained Canadians Kevin and Julie Garratt, who had lived in Dandong, Liaoning province – also on the North Korean border – since 1984. The Chinese Foreign Ministry said the couple was “under investigation for suspected theft of state secrets about China’s military and national defence research.”

Pastor Simon Suh told reporters that around 1,000 South Korean missionaries have been forced out of China, and many churches in the region had closed. “Obviously, the screw is tightening all along the border,” a South Korean Christian activist told Reuters.