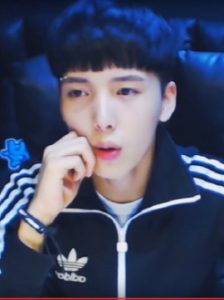 23-year-old Lee Pyung made it to South Korea in 2004, after bribing North Korean border guards, crossing into China, being imprisoned there, hiding in the Mongolian plains and being picked up by the National Intelligence Service at the Korean Embassy in Ulaanbaatar, Mongolia — alone at the age of 11. In Seoul, Lee reunited with his parents who had defected when he was 3.

In his videos, Lee answers viewers’ questions about the North. Some clips feature lighthearted anecdotes on catching dragonflies in undeveloped fields as a child and growing up in Chongjin, the country’s third largest city (“It has buildings and everything”), and lessons on North Korean words. Others detail how people are forbidden from wearing contact lenses or miniskirts, and how the North’s educational propaganda depicts South Korea as “a bad place full of refugees and gangsters.”

Some stories relay the more gruesome reality of the world’s most isolated state. As a child, Lee frequently witnessed public executions that took place in his schoolyard — “I’ve seen countless bodies. Seeing people dying, seeing corpses was an everyday thing,” he said.

Since settling in the South, Lee has “fit in extremely well” with his peers, he said. With a keen interest in fashion, he learned hair-styling at a college before becoming a full-time BJ (broadcasting jockey).  Read more

One reference to “North Korean defectors open up online – Part 1”