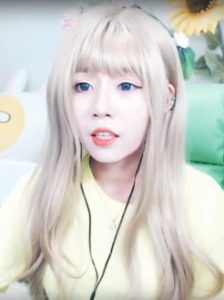 Son Bom-hyang, 29, is a North Korean defector who has been active as a broadcaster for two years. Her turbulent story of how she escaped at the age of 10 — which involves imprisonment in China, a sibling passing away and stealing food from fields to not starve — has over 2 million views on YouTube. Son, too, addresses the audiences’ many curiosities, which range from “Do you really have portraits of Kim Il-sung and Kim Jong-il in every household?” (yes) to “What kind of TV shows do you have there?”

But Son additionally uploads clips of how she’s settled into her life here, often engaging in “meokbang” — where hosts broadcast themselves eating food — with her husband of three years.

“In live streams, we can ask defectors things we’re curious about and get immediate, honest answers,” said Park So-hee, a 25-year-old university student who has seen many of Lee Pyung’s broadcasts. “We’re communicating directly and talking casually, so it feels more real.”

The webcasts have stripped Park of her former prejudices, she said. “I used to think defectors were brainwashed people I had nothing in common with. … I may even have been scared of them being violent or something. But now I understand that they came here because they wanted to. They like the same things I do.”

Hundreds of comments written by viewers online reveal similar responses. One viewer said, “I now want to make an effort to befriend my North Korean defector classmate at school.” Another talked about how interesting it was to peek into everyday life in the North.

Jang Yong-seok, a senior researcher at Seoul National University’s Institute for Peace and Unification Studies, said, “In the long term, I think these activities will contribute to mitigating the tension between the two countries’ peoples, at the very least,” he said.

One reference to “North Korean defectors open up online – Part 2”