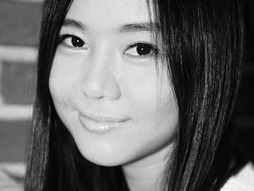 Born in North Korea, in 1997 Hyeonseo Lee escaped to China as a 14-year-old refugee.

After more than 10 years in China, in 2008 Hyeonseo Lee arrived in Seoul, where she struggled to adjust to life in the bustling city. North Korean defectors often have a hard time in South Korea, she noted in the Wall Street Journal: “We defectors have to start from scratch. Prejudice against North Koreans and icy stares were other obstacles that were hard to cope with.”

Now a student at Hankuk University of Foreign Studies, she has become an advocate for fellow refugees, even helping close relatives leave North Korea after they were targeted.

Her dream? As she told the Korea Times, she’d like to work at the UN or an NGO that advocates for the human rights of North Koreans, including their right to be treated as political refugees.

One reference to “North Korean refugee speaks at TED”