Posted on December 4, 2012 by Grant Montgomery 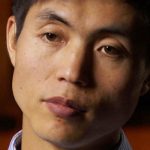 
This entry was posted in Prison Camps by Grant Montgomery.