Posted on February 16, 2014 by Grant Montgomery 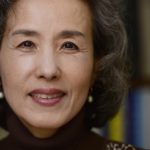 The image of a petite, frail-looking woman, sitting for days inside a makeshift tent across the Chinese Embassy in protest against China’s forceful repatriation of North Korean defectors, is still vivid, even after nearly two years.

Park Sun-young recalled how she started a hunger strike almost on impulse. As a legislator, she had been receiving many desperate calls, day and night, asking her to help stop the repatriation of North Korean defectors caught in China, after which they would surely be sent to a gulag, if not killed, for trying to escape.

“I started without expectations. I was hearing their clamor, I wanted to console them. I just wanted to show I was hurting too,” she said.

Then, later that month, something quite remarkable happened. The United Nations Human Rights Council adopted a resolution condemning human violations in North Korea. Park traveled to Geneva in a wheelchair, still weak from the hunger strike, her hair now completely silver. She noticed how China did not raise objections, oppose it, or walk out. In fact, the resolution was passed by consensus without a vote. “I was grateful for China’s change (of stance). It meant China had begun to feel embarrassed. Everybody had said China wouldn’t change, but it did,” Park recalled.

Working with North Korean defectors stems naturally from Park’s work as a Constitutional law scholar. “Article 3 of the Constitution defines nationality,” she said. The article reads: “The territory of the Republic of Korea shall consist of the Korean Peninsula and its adjacent islands.” By extension, the South Korean government has the duty to protect the human rights of North Koreans, just as it does the rights of South Koreans.