The United Nations’ food assistance agency says it may have to stop operating in North Korea because of a lack of funding, as donors continue to shy away from the rogue state.

Giving aid to North Korea is politically sensitive, particularly in light of the widely held view that Pyongyang is able to feed its people but is instead developing its military capabilities. 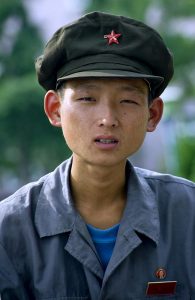 The WFP, which is funded by voluntary contributions from private donors and U.N. member states, says North Korea continues to face regular food shortages. The agency says more than 80% of North Korean households don’t eat adequately during the so-called lean season from May to August, with many limiting portions or adding water to food.

The WFP works in North Korea through a partnership with the government. Since 1998, the WFP has been producing fortified biscuits enriched with vitamins and minerals in 14 government-operated factories across the country. But now only two of these factories are now operational, Mr. Oshidari said.

A lack of funding has also forced the WFP to scale back a two-year, $200 million operation aimed at feeding 2.4 million of women and children in North Korea. Mr. Oshidari said the program is now targeting 1.8 million women and children because of cutbacks. “Without further donor support, the WFP’s nutrition-based programs are at risk.”

This entry was posted in Humanitarian Aid and Relief by Grant Montgomery.